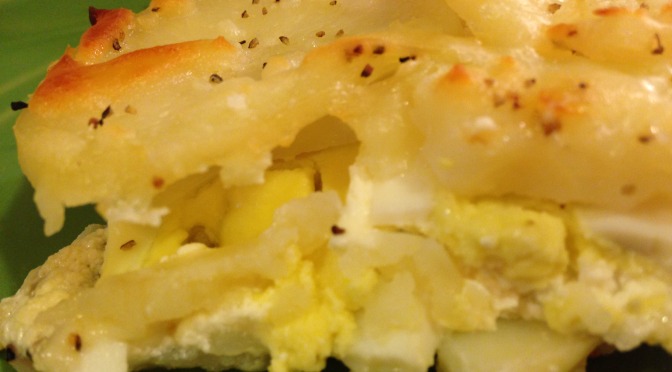 This is a traditional Hungarian delight, fattening and satisfying to potato seekers. However, after weight loss surgery, it is important to bring in nutrition from various food groups. In this recipe, you might consider mixing the sour cream with part greek yogurt and pack in the extra proteins.   Serve warm. Reheat leftovers.

Boil the unpeeled potato in water until cooked. It might take about 45 minutes.  Allow the potato to cool on a towel or cutting board.  Peel the skin. Slice into thin slices. 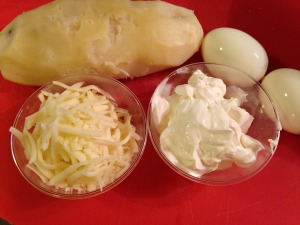 Peel and slice the hard boiled eggs lengthwise, so that every slice has some yellow in it.

Measure and prepare the cheese and sour cream.

In an oven pan, arrange the layers: 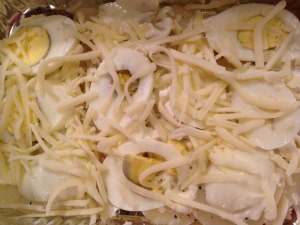 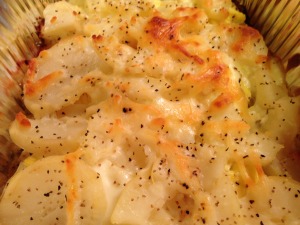 IDEA: If you are going to take the time to boil the potato, then double it and also consider the potato salad recipe.